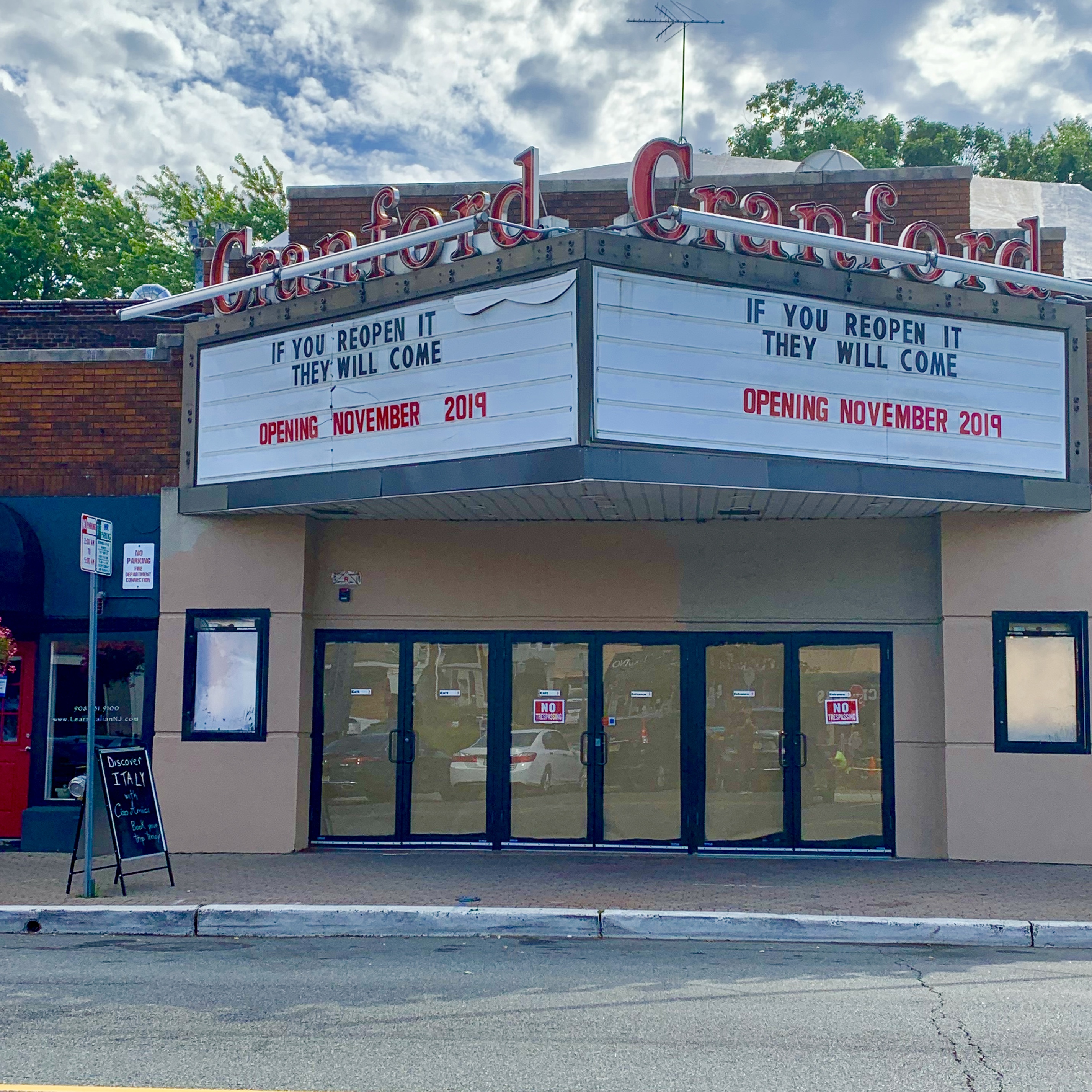 After announcing it was curtains for the Cranford Theatre earlier this month, the iconic movie house is set to mount a comeback.

“I am thrilled to announce the Sayegh family has announced plans to reopen the Cranford Theatre in early November,” explained Cranford Mayor Patrick Giblin on Facebook. He added the theater owner was also planning a substantial renovation of the property’s interior, “They will be making a significant investment in cosmetic improvements including new seats and carpeting.”

The Hollywood-like turn of events comes quickly after a legal dispute erupted between the Sayegh Family and the theater’s former operators, New Vision Theatres. That litigation led to the surprise closures of the Cranford Theatre on North Avenue and the Rialto Theater on East Broad Street in Downtown Westfield, both owned by the Sayegh Family.

Downtown Westfield’s Rialto Theater, will possibly be reopened and remodeled as well, according to a report at nj.com.