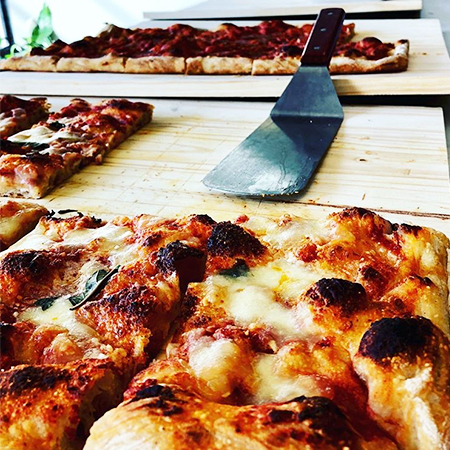 The local dining scene saw a number of absolutely delectable newcomers this past year, but as Westfield Area’s Local Dish notes only three have earned our coveted distinction as Breakthrough Restaurants of 2018. We take you first to Scotch Plains.

The aromas of Roma are now prevalent on Park Avenue in Scotch Plains Centre. That’s courtesy of the Massaro Family of Cranford; Marco {born in Italy!}, Jennifer {born in Jersey!} and their young son Mateo. They set up the authentic Roman pizzeria, Massa after studying for years the unique method to deliver a traditional “square” pie found on the streets of Italy’s capital.

“The process that we use is really important; like in Rome, we take 72 hours to let the dough rise,” noted Jennifer Massaro, “We won’t speed up that process.” 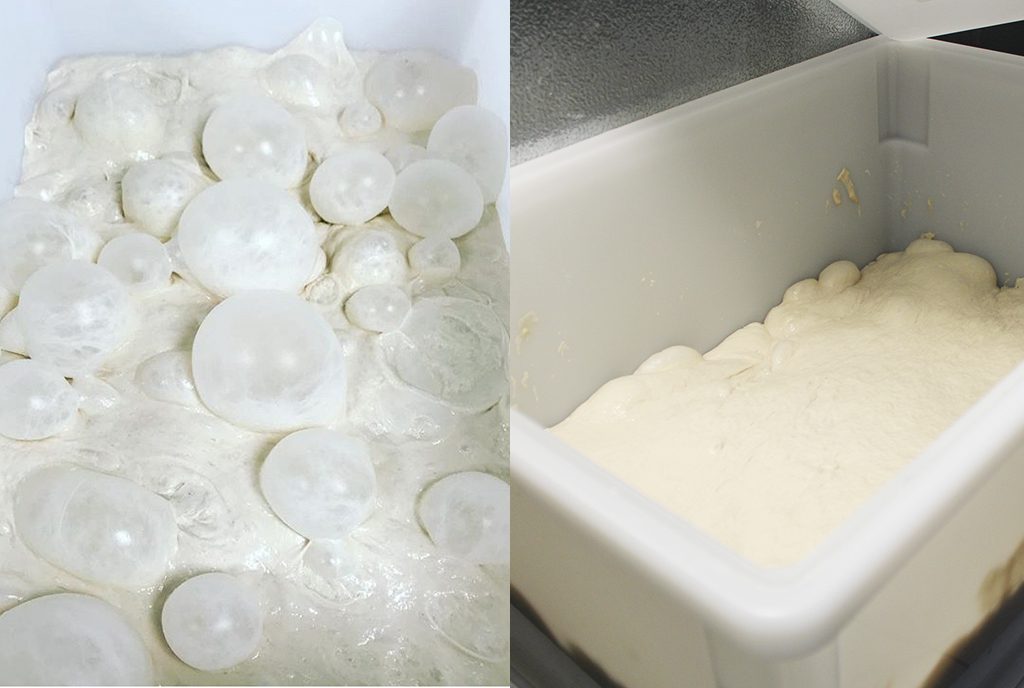 “We won’t speed up that process.”
-Jennifer Massaro

The slow go results in a very light pie that is full of large bubbles and celebrated for its crispy bite. 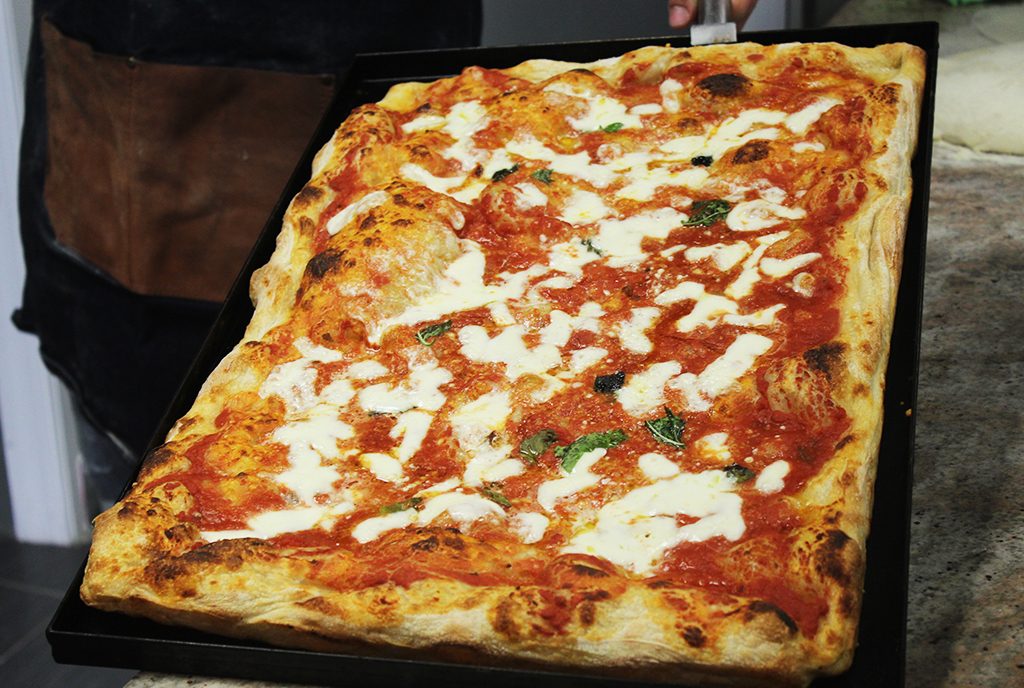 Besides imported ingredients like San Marzano tomatoes, the flour plays a starring role.

“It naturally has no GMO (genetically modified organisms). It’s a whole, stone-ground flour from Italy. It’s unprocessed. A lot of American flours have bleach or bromine in it,” said Massaro.

The Roman pies are sold by the slice during the day {not weighed, like in Rome} and by the pan in the evening. Full pans offers 12 slices, half pans have six. Gluten free and vegan options are also available. 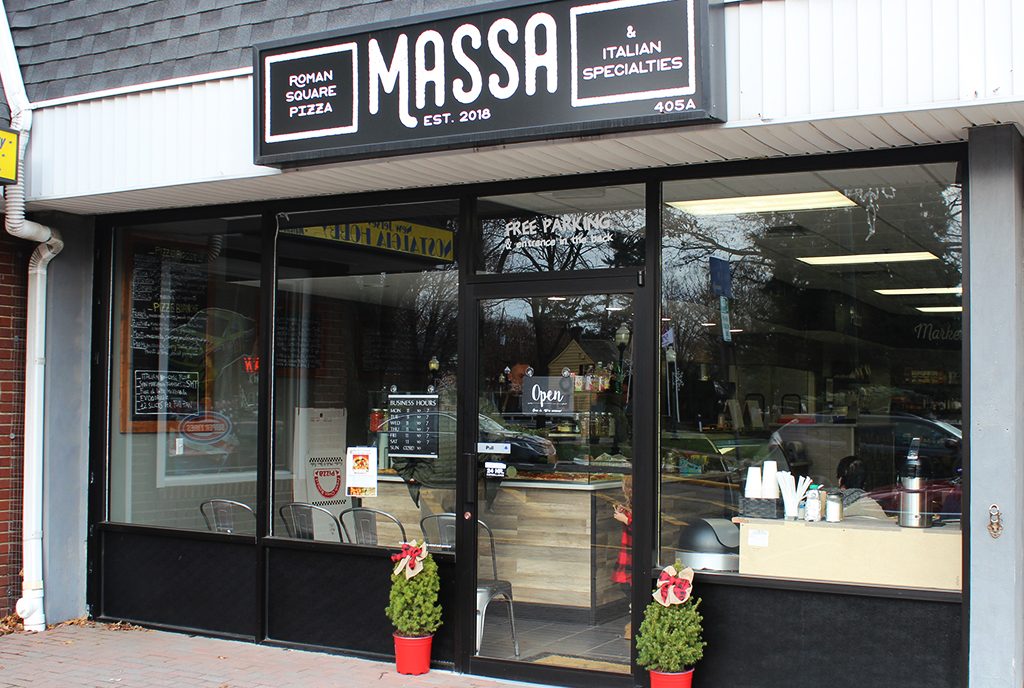 “All of the products are from Italy. We curate them all and plan to rotate them out throughout the year,” noted Massaro. 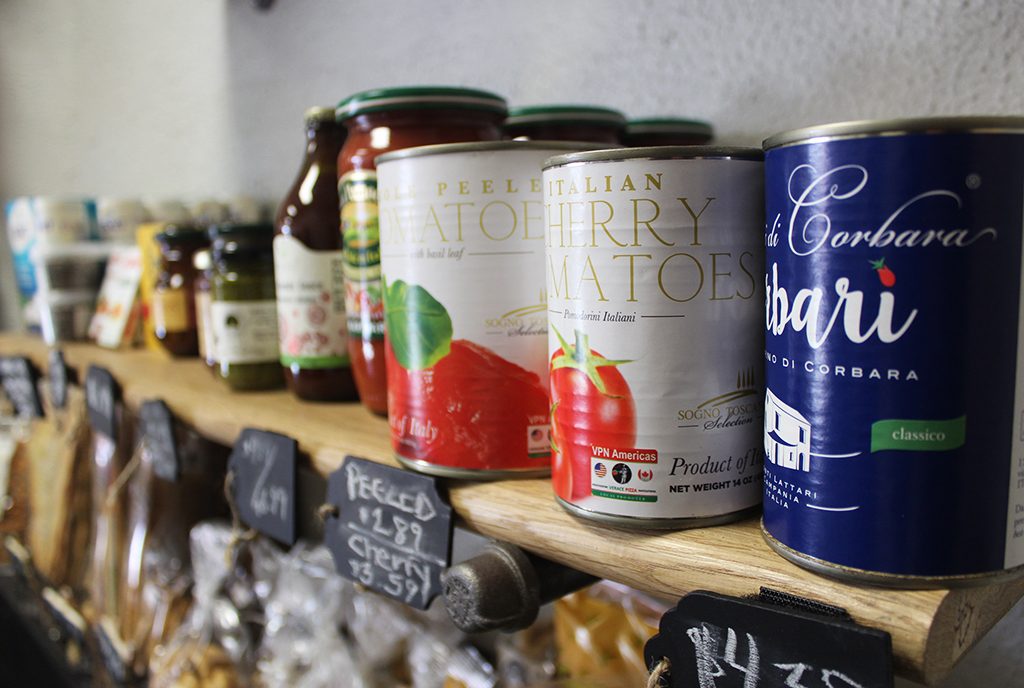 The Massaro Family says Scotch Plains could not have been more welcoming and supportive of their opening. 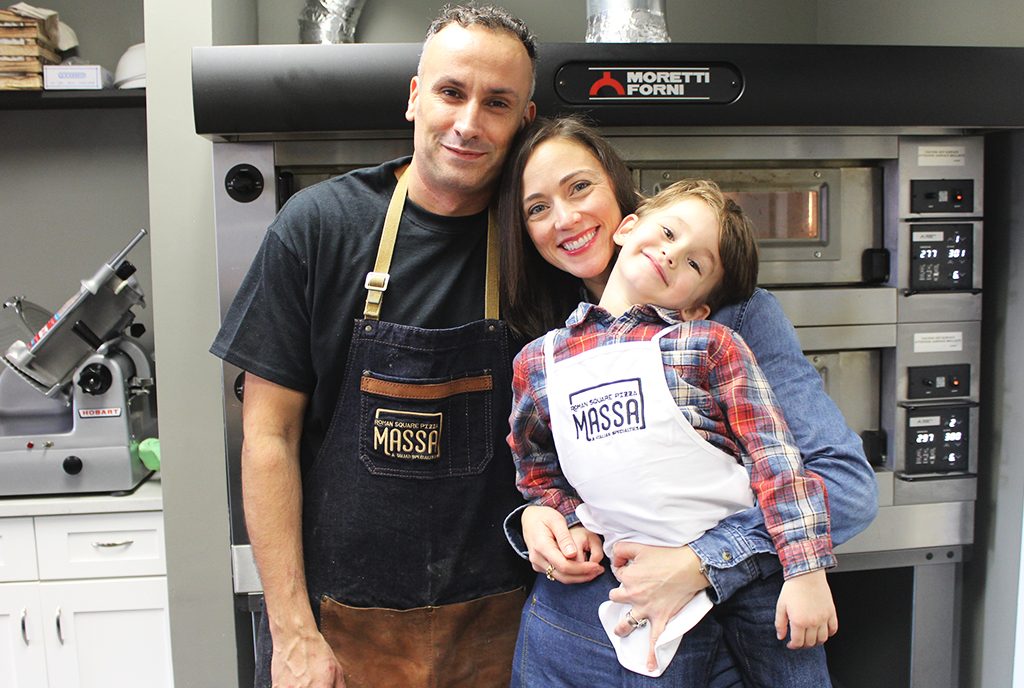 “The town has been amazing. Lots of people of all ages and demographics have come in. It’s been pretty awesome,” said Massaro. “I think people were ready for something a bit different.” 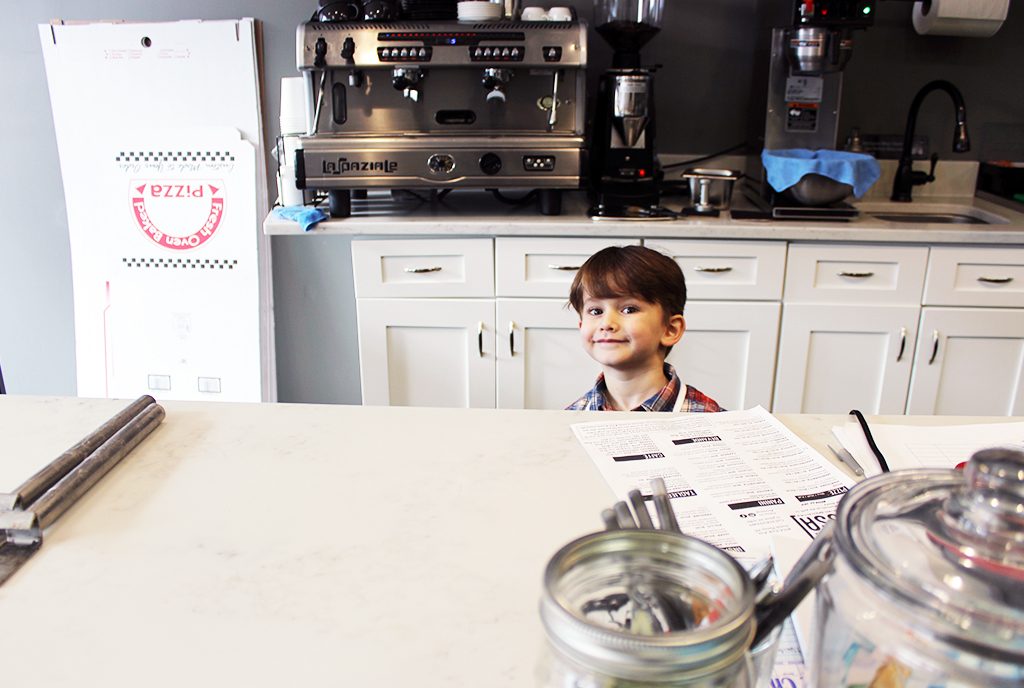