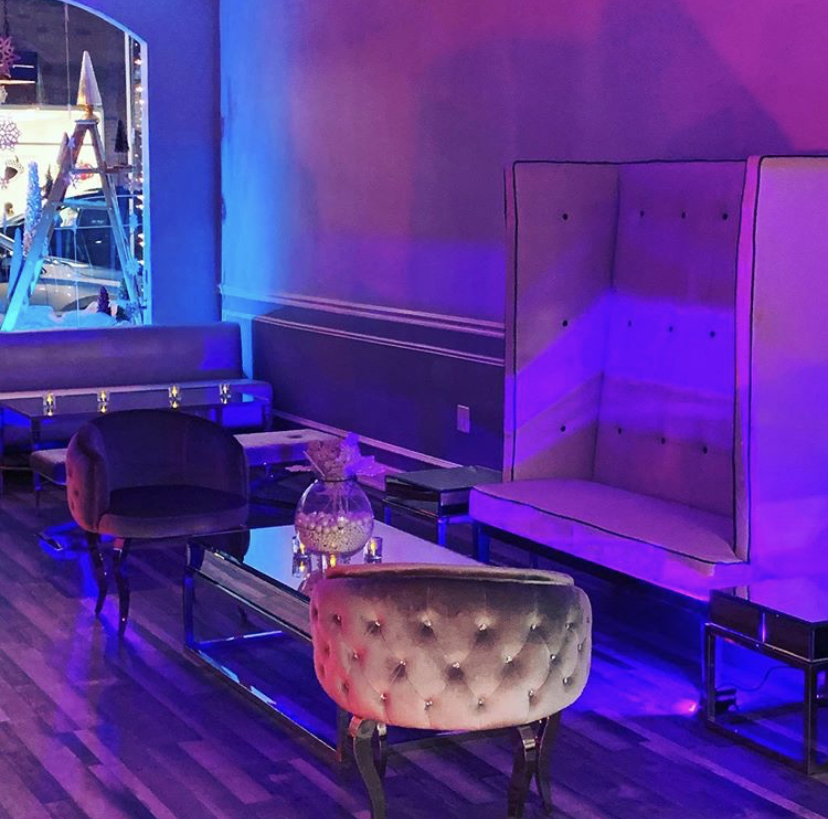 And now, he’s offering up his services at a new boutique event space in the heart of Downtown Cranford at Venue 104.

The studio space at 104 North Union Avenue, can accommodate 100 people for a cocktail party and 60 seated. It also boasts an open kitchen that can be utilized for tastings, pop-up dinners and other food events. And since the location is a storefront (formerly Trattoria Bel Paese) it offers great views of the hustle and bustle of one of Downtown Cranford’s liveliest stretches.

Though new to the Township’s events scene, Venue 104 has already made an impact on the larger community, partnering with the refurbished Cranford Theater and the Downtown Business and Economic Development Office to hold a 30th Anniversary Celebration of the movie, Goodfellas with a dinner party at Venue 104, followed by a screening of the Martin Scorsese classic at the Cranford Theater.

“We are excited that we were able to partner together and bring this to our guests,” said Doreen Sayegh, the owner of the Cranford Theater in an interview with News 12 New Jersey.

“The chance to see Goodfellas on the big screen at the Cranford Theater was incredible,” remarked Gabe Bailer, the Director of Downtown Cranford. “Our thanks to Franco Vitella and Doreen Sayegh for collaborating on this event.”