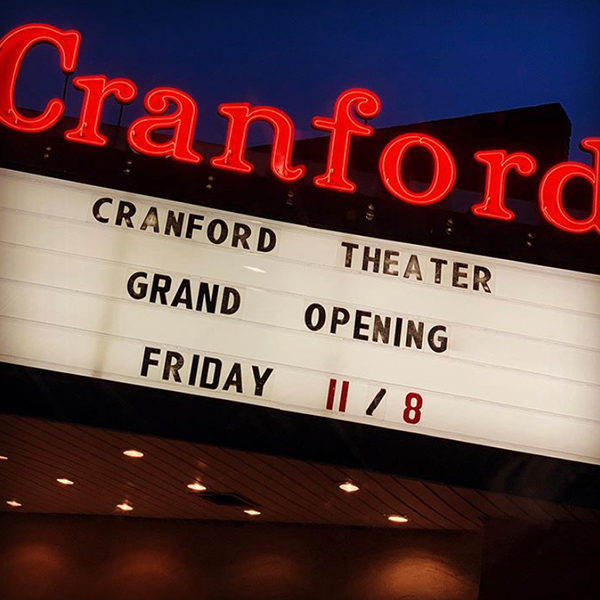 The quick comeback is thanks to its owners, the Sayegh Family, who re-invested in the local movie theater after New Vision Theatres ceased operations and left town after an alleged legal dispute.

The new-look Cranford Theater (who has dropped the Theatre spelling) will show off its new carpet, concession stand, seats, restrooms and digital projection equipment to movie goers.

“We’re excited to share the newly renovated theater with you,” explained the Sayegh Family who rolled out the red carpet for a preview party prior to its Friday reboot.

The theater will resume its first rate entertainment offerings and its opening day will include Hollywood blockbusters like The Joker, Judy and The Addams Family.

Downtown Westfield’s iconic Rialto Theater, which suffered the same fate as the Cranford Theater this Fall shares the same owners and may be next to re-open.