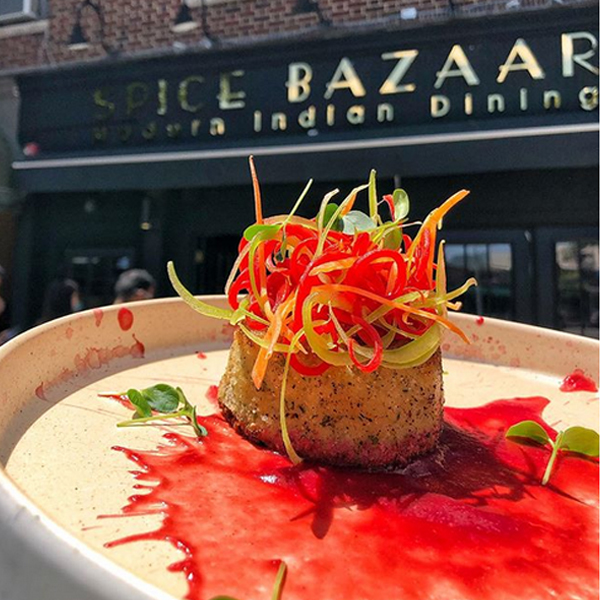 Simran and Kanika Vij-Bakshi, the masterminds behind Westfield’s breakthrough restaurant Spice Bazaar have re-opened at their new location on Restaurant Row in Downtown Westfield, taking over the space occupied by Ambeli Greek Taverna.

The new location at 39 Elm Street is not only bigger than its former Quimby Street locale, the owners say it pumps up the wow factor by showcasing its modern Indian cuisine in an elegant, lounge-like setting {gotta love the gold bling and crazy cool environment}. Chefs also provide “tableside shows” with dishes created and finished as diners watch.

“The goal of Spice Bazaar is to push the culinary envelope to a more modern interpretation of Indian cuisine,” owner Kanika Vij-Bakshi said.

Spice Bazaar, which prides itself on offering Indian dishes that are tough to find elsewhere, is doubling down on those efforts and has added new delicacies to its menu including guava oysters, pineapple avocado tacos and spiced pork ribs. They also feature a new dessert dubbed “The Chocolate Ball Smash.”