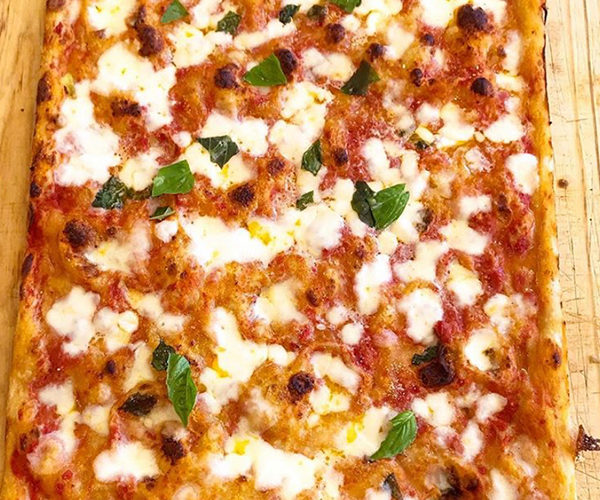 The Star Ledger and nj.com have taken note to the increasing popularity {and deliciousness} of Massa, the Roman-style pizzeria that is amassing a loyal following in Scotch Plains Centre. That fanfare prompted celebrated columnist, Pete Genovese, to ask if it’s one of a handful of great pizzerias to recently open to earn a spot on his coveted list of “Great NJ Pizzerias You’ve Probably Never Heard Of.”

“Go Massa Go,” posted the owners of the Park Avenue establishment on social media, along with the tweet from Genovese asking if Massa should be considered.

Massa was opened by the Massaro family of Cranford in 2018. It utilizes a time-consuming method to produce its pies.

“The process that we use is really important; like in Rome, we take 72 hours to let the dough rise,” noted Jennifer Massaro in an interview with Westfield Area, “We won’t speed up that process.”

Massa, named a Breakthrough Restaurant of 2018 by Westfield Area, also has a small market that features Italian imports.