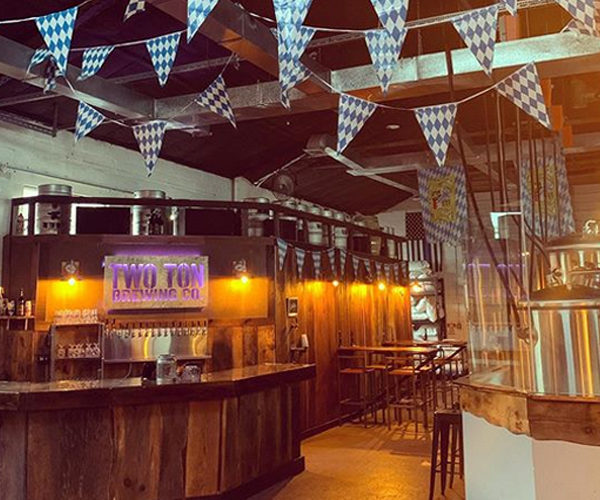 To celebrate its one-year anniversary of opening its doors to the public, Two Ton Brewing Company held a party in Kenilworth this past week, drawing many of its most ardent fans.

“Thank you to everyone who came out and all who have supported us throughout our taproom’s first year,” posted Two Ton Brewing, “Cheers to many more!”

Two Ton Brewing got its start in 2015 as an independent craft beer producer, selling its products in small batches across the state. In 2018, amidst growing popularity, it’s brick-and-mortar location at 730 Federal Avenue became a reality, still remaining a local mom-and-pop business with the motto: “In Our Brothers we Trust.”

“Ours is a family business in every sense of the word. CFO Dr. Mario C. Barbiere (call him “Doc”), is the father of four boys, three of whom can be found in the brewery on a regular basis,” explained its owners. “Our CEO, Matthew Barbiere, runs day-to-day operations, sales, distribution and keeps his finger on the industry pulse. Our Head Brewer is Jim Barbiere, who thrives in the atmosphere of artistic freedom and demanding precision that brewing demands.”

The brewery has become a favorite in Central Jersey.

“I have been a couple times to Two Ton and it is truly a wonderful local brewery with a cool, sharp atmosphere,” yelped Christian from Jersey City. “Matt and the staff are all very passionate about craft beer and go out of their way to treat everyone that enters the door like family.”

“We love this brewery and have been back three times already,” Jillian R of Cranford added, “It’s a great place for friends and family to gather and it’s kid-friendly too!”